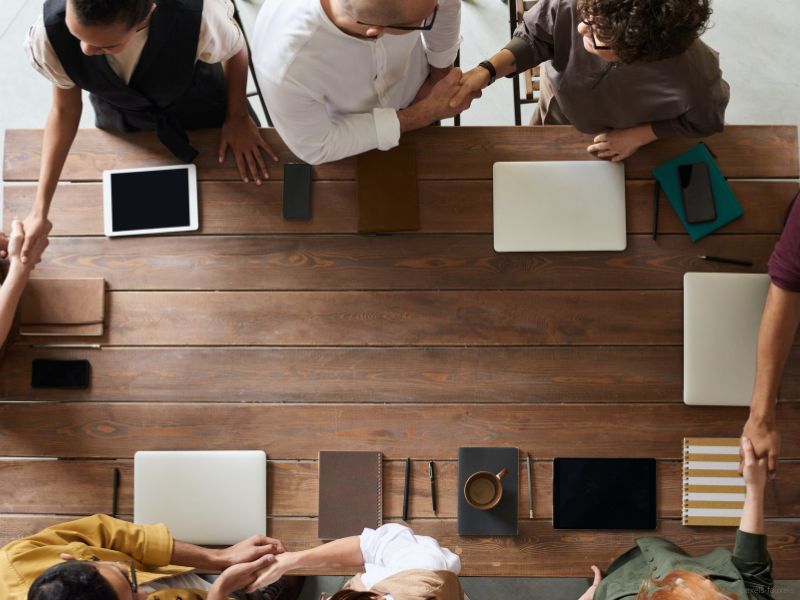 What is Unconscious Bias Training?

The Shortcomings of Unconscious Bias Training

The Benefits of Effective Training

What Makes a Training Effective?

First, What is Unconscious Bias Training?

At its core, unconscious bias training (also known as implicit bias training) is designed to help individuals and organizations identify and challenge their biases in the workplace. These biases are the opinions we hold about people for many reasons that have nothing to do with our personal experiences as an individual.

Biases can be based on a person’s age, gender, race, accent, sexual orientation or any number of factors that make each of us unique. These biases can manifest into actions that include who gets hired and promoted, passive aggressive or hostile interactions,  unfair performance reviews and decision-making.

What Problems Can You Address With Implicit Bias Training?

How many biases are there

There are an infinite number of unconscious biases any person may have. Some of the most commonly studied and addressed underlying ideas we may have about people include:

Gender bias: a belief that leads to the preferential treatment of one gender over another.

Ageism: an underlying belief that affects to the treatment of individuals based on their age.

Name bias: a bias that leads to the preferential treatment of individuals with specific names over others.

Beauty bias: a belief that leads to the favorable treatment of individuals considered more attractive.

Confirmation bias: a hidden bias that leads individuals to seek out information that confirms their existing beliefs.

Conformity bias: leads individuals to conform to the beliefs and behaviors of those around them.

Affinity bias: a thought pattern that leads individuals to favor those who are like them in some way.

Authority bias: a bias that leads individuals to defer to authority figures.

Implicit bias training can help organizations address our unconscious biases by teaching them how to recognize how our biases play a part in our decision-making and everyday behaviors. Though we’ll never live a bias-free life, we can be open to considering that our biases are not always valid and should not be the foundation of our determinations as it concerns a person’s character or competence.

What are the Shortcomings of Traditional Unconscious Bias Training?

Despite its benefits, unconscious bias training has been shown to have some shortcomings when used as the only tool to create diverse, equitable and inclusive workplace environments.

As experienced Human Resources professionals may know, half-hearted attempts at unconscious bias training can leave participants frustrated, defensive and sometimes even angry – which helps no one.

It’s essential that unconscious bias training be one component of a larger DEI initiative that weaves its way into every interaction and workplace implementation through continued practice, education, encouragement and feedback.

It’s also critical to leave unconscious bias training to an educated and engaging DEI professional to get the desired outcome and encourage employee engagement.

Why is Unconscious Bias Training Becoming So Controversial?

Some studies suggest that biased behaviors were proven to remain just as active in participants after receiving unconscious bias training.

This body of evidence has led some voices in journalism and thought leadership to completely discount unconscious bias training as a waste of money and time for companies. However, one activity or conversation will not wholly change thought processes or actions.

With almost every Fortune 500 Company providing some form of diversity training, it’s clear that bias remains a significant issue that deserves addressing not only from an ethical perspective but to ensure the best for businesses and their financial standings.

Why Not Just Remove The Information That Triggers Bias In The First Place?

Information such as a name for example can signal to a  recruiter what an applicant’s race, ethnicity, or gender may be. So why not remove this information from applications and resume submissions?

While removing the information that triggers bias in the first place may seem logical, this isn’t always realistic or possible. Sometimes, the data is essential for making decisions.

That information may be common knowledge if this is someone who is up for a promotion. Or in the case of names, it would certainly come up later in the hiring process during the interview phase.

Sometimes the information isn’t necessary but is still helpful to know. This triggering information is a part of each person’s experience and shouldn’t be ignored.

So, what can we do if we can’t remove the information that triggers bias?

We can try to challenge unconscious bias through conversation, training and practice that focuses on helping people become more aware of their personal biases.

We could also implement panel interviews with a diverse hiring team. This can ensure diverse perceptions that may inexplicitly challenge the broader groups unconscious biases.

Once people are aware of their biases, they can begin to work on mitigating them. Just remember, all unconscious bias training is not created equal.

This training should be part of more extensive diversity, equity and inclusion initiatives to create lasting change. Moving the needle and making your company more inclusive starts with an innovative take on unconscious bias training to create a culture shift.

Overwrite Your Bias and Rewire Your Brain.

Implicit bias training can help individuals become aware of their hidden preferences and learn how to reduce them. You learn to rewire your brain’s connections that trigger your implicit biases to think and act in new ways.

When you are aware of a bias synapse and challenge an assumption repeatedly, you can open your thinking, over time, to be more open to ideas outside of your original beliefs of people.

Taking the perspective of others, practicing self-awareness and slowing down your thinking can overwrite unconscious bias.

Psychological Safety and The Benefit to Teams

Consistently challenging unconscious bias helps build empathy and understanding among employees by creating a psychologically safe environment. This environment allows people to feel comfortable openly discussing their backgrounds, viewpoints and experiences while being challenged in their thought processes.

The first step of unconscious bias training is hiring an effective trainer. A fun and effective trainer will face the blocks against embracing diversity and inclusion head-on while disarming employee defensiveness and having fun in the process. A fear mindset is the foundation of resistance to diversity initiatives, including unconscious bias training, so it’s important first to dispel fears and create a  fun and safe space for learning.

Addressing this belief goes beyond the average unconscious bias training that only focuses on the -isms and phobias we are familiar with. Once people adopt an abundance mindset and the idea that promoting and hiring diverse employees does not take away from anyone else – we can move forward from a place of well-being and care for others.

With a company culture that makes decisions from an abundance mindset, businesses can move beyond the fear of reverse discrimination and create a workplace that truly values all employees.

The critical thing to remember when dealing with bias is that we all have them. We all come from our individual experiences and perspectives, and it is only natural that these would influence how we see the world. What is important is that we are aware of our biases and try to check them at the door when we enter the workplace.

Only then can we begin to have honest, productive conversations about DE&I. It is only through these conversations that we can learn from each other and start to move towards a more inclusive workplace.

Offer Your Workplace Unconscious Bias Training that Makes a Difference.

Learn with Risha Grant’s unconscious bias training is one of the most comprehensive and practical trainings available. This training gets to the heart of why we feel the need to exclude others, how it affects others and how to address our assumptions about people.

The Learn with Risha Grant program not only provides tools for realigning thinking in the workplace but how to effectively face biases head-on for a more fulfilled life in every arena.

Unconscious bias training can be effective, but it has to be authentic and empowering. The Learn with Risha Grant program provides precisely what is necessary to help the members of any organization embrace a personal and collective identity of inclusion. This corporate identity impacts employee well-being, engagement, productivity, and innovation by opening new pathways of thought and communication.

Purchase the Learn with Risha Grant online unconscious bias training for your business to jump-start the process of creating a company culture of inclusion and openness.

Develop a DEI Initiative that Makes an Impact in 2022 →

Don’t need the full course at once? No problem. Purchase individual modules and learn at your own pace.

License expires 90 days from time of purchase. For individuals only.

Start with Get Rid of the BS and purchase the full course!

Do you need more than 1 user license? Contact Sales to discuss your needs.

License expires 90 days from time of purchase. For individuals only.

Build a BS Free Culture for your company by training your employees on the value of establishing a connected culture. Contact Sales to learn more or submit the form below.

Learn to have helpful and constructive conversations about topics that are uncomfortable and unavoidable.